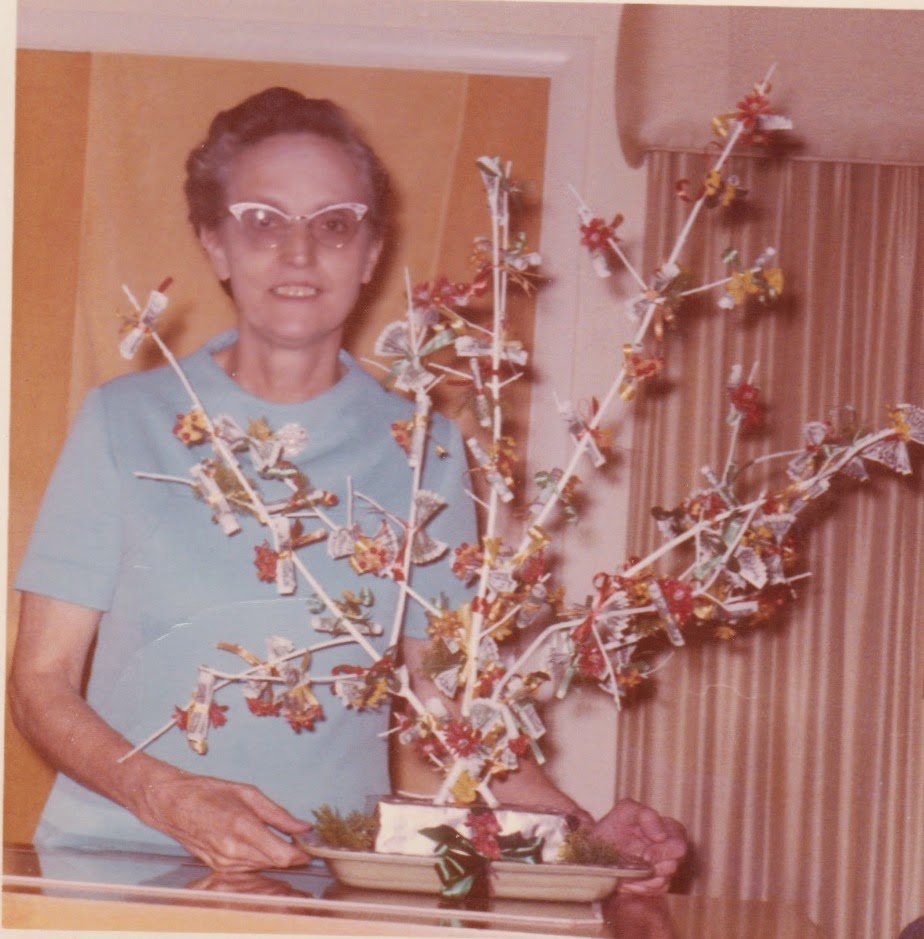 My sister says that every child ought to have an Aunt Louise.  She's got a point.  Aunt Louise not only had all the character qualities of a good aunt, she also had a trump card.  She was in charge of a complete retail toy department.  Every child's dream.

Aunt Louise was the third sister of the triumvirate of Grandma Hemmer, Aunt Hulda, and herself.  She worked uptown at the local hardware store as the bookkeeper and toy buyer.  When we visited in the summer, we were masters at "working" Aunt Louise.  We'd gaze lovingly at whatever our hearts were currently fixated on, and we usually got it, or at least a good lead on it for Christmas.  I think she knew we were working her over, and she knew she was allowing it, but she didn't mind.

She had a standard routine.  She walked up the brick sidewalk to town, to get to work by 8:00.  We walked up about an hour later, with $2.00 from Grandma, to go to the bakery next to the hardware store, for donuts so fresh and hot that to say that they melted in our mouths was not a cliche.  We'd stop and say hello to Aunt Louise briefly then, but saved another trip for later in the morning or the early afternoon.  That's when we'd turn on the toy psychology.

At noon, Aunt Louise walked the three blocks home for lunch, then went back to work from 1-5.  Often we would walk partway back toward the store to meet her on her way home at the end of the day.

Aunt Louise would work in her extensive flower garden during the summer evenings as we played with the old-fashioned pump or found other amusements. She was a master flower grower, and her roses in particular were exquisite.  I still think of Aunt Louise every time I smell petunias.  She always let us "help," or at the very least, she never made us feel like we were in the way.  Sometimes, as dusk approached, we would drive up to "The Whip" and get ice cream cones.  If she was feeling really generous, we'd get them dipped in chocolate.

She also sewed - not so much for herself as for others.  And I can't get away from talking about these aunts and Grandma without saying more about their World Relief efforts.  At the time, having fifteen or twenty women come in every other Friday night was just a fun activity for me, but looking back, I see what effort it represented.  They really put out the knotted blankets, stuffed animals, and other stitched items to be donated to the poor and needy.  These women "did what they could" just like Mary in the New Testament (Mark 14).  Like so many other things I realize about the four women just written about, adulthood puts their actions in a much different perspective.

She was a faithful caregiver to her sister after Aunt Hulda's stroke.  I can't imagine the extra pressure that that must have put on her.  She was always cheerful about it.  That, too, now speaks volumes.

There was one final item about Aunt Louise's lunch hour routine that I have never forgotten.  After eating her lunch, she would sit in her chair in the living room, pull out her Bible and devotional, and spend about fifteen minutes reading and meditating.  We didn't bother her.  She never said a word about doing it; she was never interested in impressing us with it; she just did it.  Faithfully.  Quietly.  Aunt Louise didn't talk a big talk.  Aunt Louise walked a big walk. 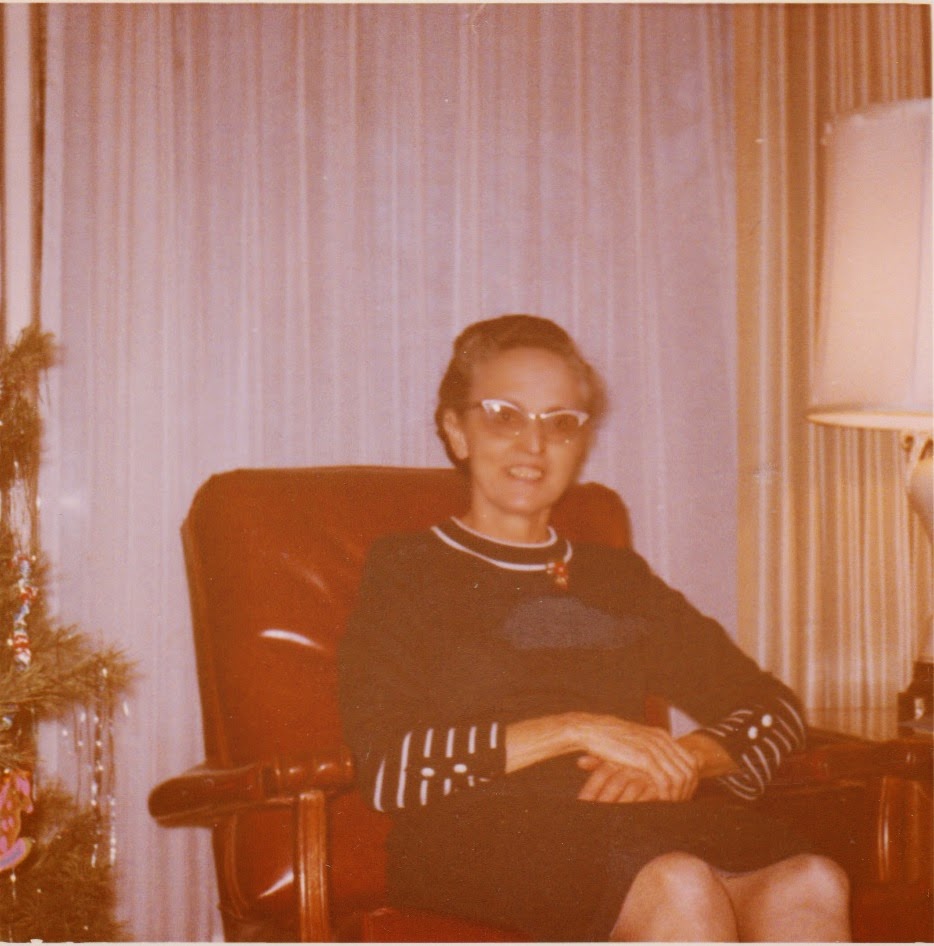 Aunt Louise was the last of these four women to pass away.  I was unable to go to her funeral - one of the children was sick, and it was just not practical at the time.  But I did listen to the recording of it.  One of the ministers who spoke reminisced about how as a young boy he cut the grass at their home, and Aunt Louise always paid him generously - and brought him a sweet roll and something to drink.  If she asked him to do extra work, she paid him extra money.  He didn't miss this.  He told the people at the funeral that Aunt Louise's Christian example was one of the things that caused him to think about his life, and consider whether he needed to make some changes - which he eventually did.  She played a part.

Someone has said "You should be a witness for Christ at all times.  And if necessary, you should use words."  Aunt Louise didn't need words.  She was an outstanding example of Christianity in life and deed.  And that was enough.
Posted by Ann at 9:48 PM