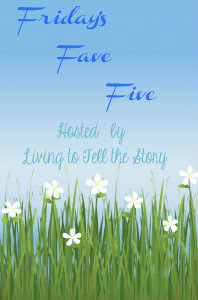 1. I helped with registration at Vacation Bible School this year.  For several reasons, this was the first time I helped in a number of years.  The same kids registered in the same line each night, so by the end of the week I really knew some of them.

In some ways it was sad to observe the difference in the children.  You could tell immediately the children who had parents who cared about them - who pushed them each day to learn the verse, and who made sure they had a couple of cans of food each night for the collection table.  But a number of the children, mostly those who rode the bus, don't have parents who care any more than to send them out the door each night.  The contrast was great.

2. We had a great day Tuesday - Mike took a personal day because we had a couple of meetings in a nearby city and some errands we had to run there.  (I don't think the hour spent in Cabela's was really an official errand. . .)  Then we had supper with a couple we wanted to talk with about some issues.  It's not often we have a day like that to spend, getting things done and enjoying being with friends as well.

3.  Ran into an old friend at one of the meetings - she works in the same building, and our children grew up together.  Always nice to see someone you care about that you haven't seen for quite awhile.

4. I put a body wave in my hair today.  Don't laugh.  My fine, straight hair is not made for South Carolina humidity, especially now that I'm trying to wear it a little longer at Mike's request.   I can give a body wave to myself - when the curlers are in, it doesn't look quite as neat as when someone else puts them in, but who cares!!  No one knows once it is done.

5. The man who bought $300 worth of used textbooks in June contacted me and wondered if I had any more. There were some that were more worn, but he wanted them as well.  So without really working at it, I was able to make another $150 for our textbook repair/replacement fund.  We had a $1000 gift earlier this month to the fund, and then this past week another $2000 given in memory of a lady who was a member of our church.  We really needed some new books and it has been a blessing to see how the funds have come in.  I was also able to get some anatomy and math books for the little Christian school in Alabama that my folks have been associated with since they started it in 1977.  A gift of $300 was given for that as well.  I love helping get books put where they can be used!!
Posted by Ann at 9:54 PM

We have the same contrast with kids at our VBS from what I am told. Our workers try to show them as much love as they can while they are there.

I don't know when my husband and I have had a whole day to do things together - usually we have to "divide and conquer." Glad you had a day together with both getting things done and fun.

My hair is the same. I don't think I could put a body wave in myself - I am not very coordinated even at curling my hair - and the last few times I had it done in a shop, I lost a lot of hair. I don't have much in the first place, so I've just been struggling with it straight, trying to curl it just enough so it looks like it has more body and doesn't look pasted to my face. You should show us a picture! :-)

Neat about the textbook fund!

Unexpectedly running into a friend is fun especially if you both have some time right then to catch up.
What a great way to use a personal day and what a great feeling at the end of the day to get some things done and best of all TOGETHER.
Hope this week is a good one for you.

That's great news about the textbook fund. What a blessing to be able to minister to all sorts of children with all sorts of backgrounds. VBS is a great thing! Way to go being involved with it.