Recent pictures sent by A.  He says it's fine to post as long as I am careful--no last names, careful talk, no FB tags, etc.

These are chicken hearts.  He said they were good!  So interesting to see my son, who was a picky eater growing up, eating such a variety of food.  :-)  He's probably doing a whole lot better than I would be. 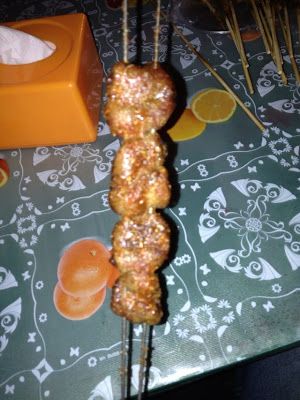 I would imagine that this was a nice familiar sight in a world of unfamiliar ones. 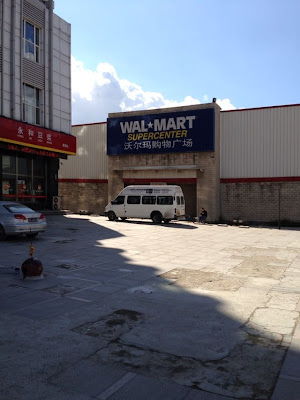 Beef nachos--he said this was the first meat meal he cooked in his apartment.  Looks good!  There is an open-air market right at his apartment house where he is able to purchase vegetables.  He also said there are a lot of places nearby to eat, and he can get a good meal for about $3 American. 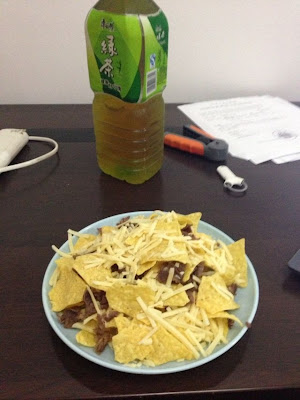 Another familiar sight.  He saw it while passing by, going somewhere else, by and snapped a picture.  Last week he said he would just about kill for a cheeseburger.  :-)  (Apparently this McDs is not close to his home.)  Later that week he went to his group leader's home for a meal, and guess what they served-- 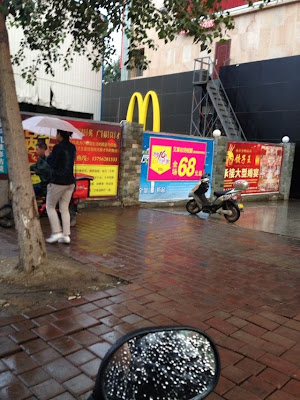 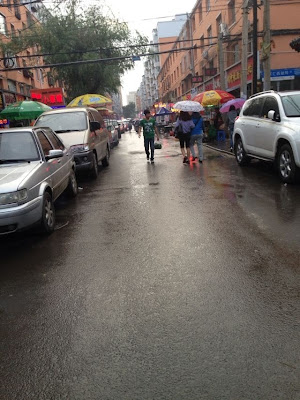 Classroom.  He says it is going well but that's about all he's said.  He picks up more classes this next week. 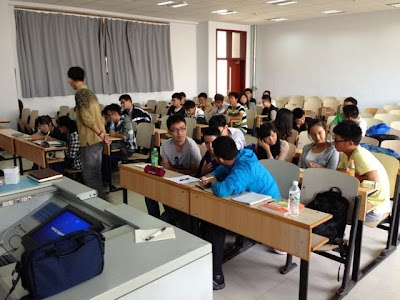 Other than the ball of rice, I'm not sure what this is-- 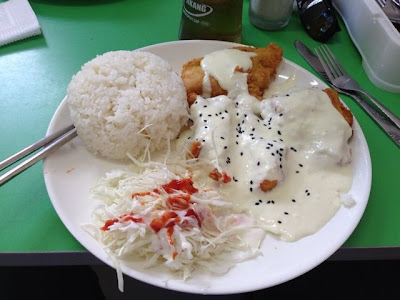 He has already been very active in meeting people and being an encouragement to others who think the same way.  He's been using his musical skills a lot already, both in gatherings of his American friends, and for his local friends as well--both at the school and in other meetings.

He says he'll write letters from time to time--I am compiling an email list of people who would like to receive his updates (though make no promises as to how regular he will write).  If you would like to be on it, please email me privately.

He sounds good--he is upbeat when we have texted or Skyped.  As most people know, he's never met a stranger, and that would serve him well in these circumstances.  He has a special app for texting, and we have used it often.  Several people have been able to send him verbal texts through this app., and he has appreciated hearing voices from home.  So if you want to send him a verbal message, see me!
Posted by Ann at 7:41 PM