My thumb has been slowly healing and is much better than it was three weeks ago.  However, a new nail has started growing in, and I assume that is part of why there are still times that it hurts quite a bit.  Bumping it accidently on things has not helped.  However, the worst is when I am cooking.  The combination of cold things and wet things makes it throb.  Tearing lettuce, filling glasses with ice, working with cold meat and cheese, and many other movements, have made it difficult to work in the kitchen.  Amazing what you never notice when all body parts are working well, but notice intently when something has been injured. I checked into what several drugstores might have, and didn't find much.  Metal braces aren't right and would cause more problems than they would solve.  Then, this morning I was walking through Walgreens, and just happened to glance at the foot section.  And there was an elastic bandage which was labeled for use on toes.  But in small print it said--useful for fingers also.  I bought one and tried it on.  It is perfect.  It has just enough compression to stay on, and it protects the end of my thumb much better than a bandaid.  I'll be wearing that most of the time for protection and comfort. 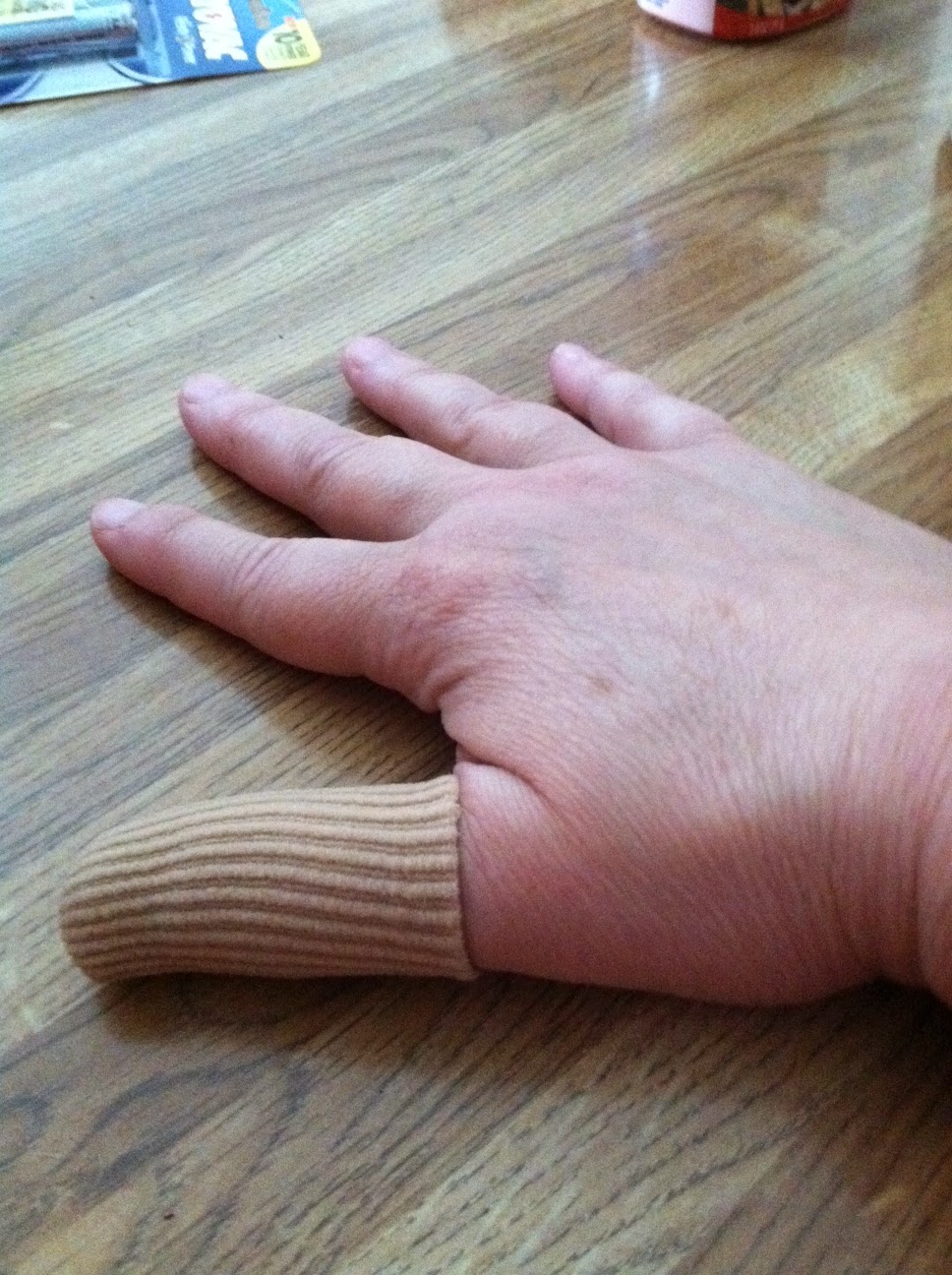 However, I don't want to get it wet.  I had tried using a glove by itself earlier, to protect from moisture while cooking and washing dishes; it did keep it dry though did not eliminate the pain of temperature differences.  But--a glove on top of the elastic bandage works great.  Problem solved.  $5 for the thumb sleeve and $.25 per glove.  Not bad. 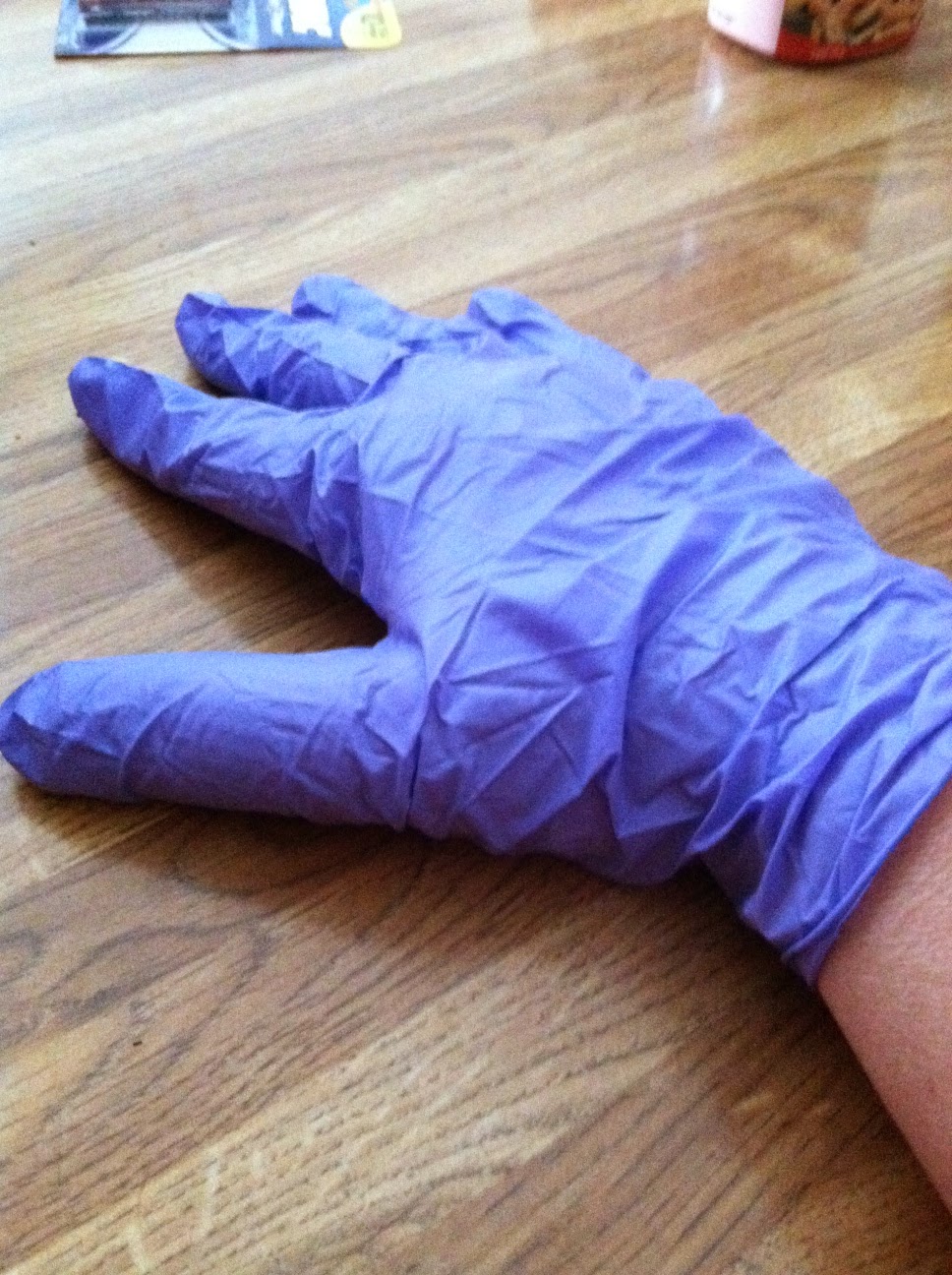 Glad you found a workable solution. It's hard to have bandaids on hands at all because they get wet so often just in the course of everyday work.

How did I miss your posts about your finger earlier? Sounds awful!